At its most recent FOMC meeting, the Fed confirmed expectations that they would begin tapering asset purchases in November. The current rate of asset purchases is $120 billion per month, consisting of $80 billion of Treasury bills and notes and $40 billion of mortgage-backed securities.

At that point, the money printing will be over and the Fed will be poised to begin raising interest rates, the so-called liftoff.

But you should understand that all this talk from the Fed is nonsense. The Fed has one of the worst forecasting records of any financial institution. It is consistently wrong in its forecasts by orders of magnitude. The Fed cannot make accurate predictions six months forward. The idea that these two- and three-year projections are accurate is absurd.

The growth and interest rate forecasts described above are from the dot plot where members of the FOMC and regional reserve bank presidents are allowed to offer their forecasts. The various forecasts are put on a graph as dots. TV talking heads then average the dots and present these as Fed estimates.

I spoke about this to the ultimate Fed insider who has worked for Ben Bernanke, Janet Yellen and now Jay Powell. He’s the one who composes the Fed’s statements and forward guidance. He told me the dots “are a joke” and that no one inside the Fed takes them seriously.

He also told me they “wish they had never started” the dot plot but feel they have to continue it because the public and Wall Street expect it. That’s fine; at least he was being honest with me. Still, the dots are a joke and there’s no need to give them any weight in my analysis.

The Fed is impotent, and its actions do not affect the real economy. Fed announcements and the dot plot are pure theater.

The real economy is slowing for many reasons that have nothing to do with the Fed including high savings rates, low velocity of money, slack in the labor market, disinflation (despite the inflation we’re seeing now, which I believe will abate once supply chains are repaired) and the slowdown in China.

Nothing the Fed is doing will make any of these things better; in fact, the Fed taper in November will probably make them worse. The Fed will be tightening just as the economy is slowing on its own.

Will it cause another “taper tantrum” as it did in 2013? Read on for the answer, and to learn why neither monetary policy nor fiscal policy will lift the U.S. out of the new depression.

Taper tantrums are unlikely during this new taper. The reason is that bond markets understand that the Fed does not know what they are doing. The 2013 taper tantrum happened because the taper was believed to signal a return to strong growth and higher interest rates.

Leveraged investors quickly unwound carry trades in which they had borrowed in yen and invested in emerging markets. When the taper signaled higher growth in the U.S., capital flows quickly shifted to the U.S., which caused a disorderly reaction in emerging-economy stock and bond markets and currency markets.

This time investors know that there will be no strong growth and the Fed’s economic projections are simply wrong. As a result, market participants have not made leveraged bets on strong economic growth, so there’s no need to unwind any carry trades.

It’s a bit of a paradox. On the one hand, the Fed is irrelevant. Their policy actions have no impact on the real economy. They can print as much or as little as they like, but the resulting M0 money supply is completely sterilized in the form of excess reserves held by banks at the Fed.

The money doesn’t go anywhere; it isn’t lent or spent and it doesn’t show up in the economy. This is evidenced by still declining velocity, and now emerging disinflation (to replace the current narrative of inflation).

On the other hand, to the extent that markets believe the Fed matters, there may be a short-term impact. If markets believe that Fed tightening indicates a stronger economy, they will bid up stocks. That’s a false narrative, but it is powerful.

We’ve seen that in the quick stock market recovery from the mini crash on Sept. 20, 2021. Investors didn’t panic. They saw the drawdown as another chance to “buy the dip.” They believe the Fed has their back.

But while a simple “buy the dips” mentality using passive index funds has worked in the past, it won’t work going forward. It’s a recipe for disaster.

While monetary policy is irrelevant for the reasons described above, good old-fashioned fiscal policy has again come to the fore. The plan is to spend our way to prosperity.

Congress is debating $3.5 trillion in new welfare spending and $1 trillion in new infrastructure spending. That spending will be spread out over several years and will be targeted to special interests in specific industries such as solar panels, wind turbines, electric vehicles and other Green New Deal favorites.

These new bills would bring the total deficit spending approved in just the past two years to $12.2 trillion, which is more than half of all national debt accumulated from George Washington to the end of 2019 during the Trump administration.

But even that amount isn’t enough. The newest item on the liberal-progressive wish list of spending would wipe out student debt of up to $50,000 per borrower. To put this in perspective, the entire federally guaranteed student loan market is about $1.6 trillion, and this plan would wipe out all student loan debt for about 80% of the borrowers.

When student loans are guaranteed or made directly by the federal government, the amount does not show up as deficit spending because an asset is created that is expected to pay off over time. However, when the loans go bad and the government has to make good on the guarantee or write off the loan, then the amount hits the budget.

A broad-based forgiveness plan would trickle into the budget but would hit it like a tsunami all at once and blow out the deficit. It’s not clear if this program or some scaled-down version will become law.

What is clear is that no amount of deficit spending on social welfare programs will satisfy progressives until the United States is on the verge of national default, hyperinflation or currency collapse.

The fact is no amount of deficit spending by Congress will provide stimulus for the economy, apart from a very short-term boost in retail spending when the government hands out direct checks to citizens.

These handouts occurred three times under Trump and Biden between April 2020 and March 2021. The positive economic effects of the handouts lasted barely a month in each case and faded quickly.

The stimulus effect of this new deficit spending will be nil because the U.S. debt-to-GDP ratio is already at 130%. The Keynesian multiplier goes negative at ratios above 90%. We’ll have more spending, but it will only make the debt level worse and do nothing for growth.

A new depression is not coming; it’s already here.

In some ways, the U.S. economy has been in a depression since 2007, but the pandemic of 2020 cemented that reality and ended any possibility of escape. The depression will last for years and the behavioral changes such as increased savings and reduced consumption will last for decades.

To be clear, depression does not mean continually declining growth. It refers to a situation of depressed growth, with occasional technical recessions (two or more consecutive quarters of declining growth) where the economy does not reach its potential or prior-trend growth levels.

Of course, there is also a difference between a technical recession and a financial crisis. While I do not currently forecast a recession, one will certainly arise in the coming years.

There are no ways to avoid slower growth and disinflation. Monetary policy will fail due to declining velocity and the fact that printed money has been sterilized in the form of excess reserves held by banks at the Fed. Fiscal policy will fail because debt levels are already too high.

The government has no way out of stagnation.

Which investments should work in this environment?

The Big Tech companies should continue to do well since they are relatively unaffected by the pandemic and lockdowns. If they suffer at all, it will be from increased competition in their own sectors and possibly reduced consumption as the economy slows down. Tech will outperform other sectors, but it is not immune to decline in line with the overall economy.

Commercial real estate will remain sluggish because of the new work-from-home ethic that companies have even come to prefer in many cases.

Cryptocurrencies are not investments; they are pure speculation similar to gambling. You can make or lose money in cryptos, but it’s more like going to a casino than investing in sound companies or government bonds.

A portfolio robust to slower growth, lower interest rates and popping asset bubbles would include: 10% gold, 30% cash, 20% high-quality government notes, 20% in land or residential real estate and the remainder of 20% in stocks with emphasis on energy, artificial intelligence, agriculture, natural resources, defense and health care.

There’s no need to head for the hills or go completely to cash or gold. You can do well, but you need diversification, selectivity and patience.

And don’t buy the dip! 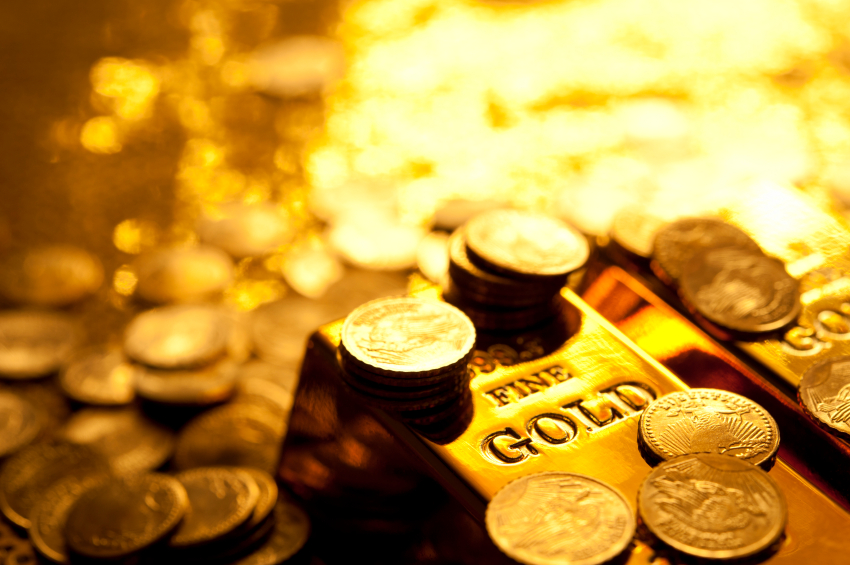